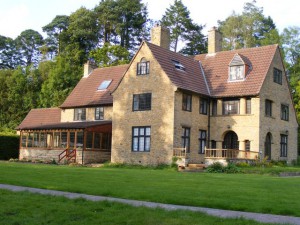 A COUNTRY house on the edge of Scarborough is to become the first monastery in Britain for an orthodox worldwide Christian church whose heartland is in Egypt.

The Manor House at Langdale End has been bought by the Coptic Church and will house a small group of monks who will live an austere and celibate life of prayer, contemplation and self-sufficiency.

An abbot who is also a bishop – who has yet to be appointed – will head the community which will be given the name the monastery of St. Athanasius.

Seif Asaad, an orthopaedic surgeon from Whitley Bay, Northumberland, is secretary of the Coptic diocese which covers Scotland, Ireland and the North of England and now also secretary of the monastery.

He said his church had been looking for a suitable rural retreat for some time.

Mr Asaad said: “This is the first Coptic monastery in Britain which will be inhabited by monks.

Even by orthodox standards our monasteries are strict. The monks rise at 4am for prayers and they fast every week; more than half the year is spent fasting. They are extremely traditional, disciplined and obedient.

“In time there will probably be between five and 10 monks at Langdale End and members of our church will visit for spiritual retreat. As far as possible they will cultivate the land and try to be self-sufficient and also try to help the community.”

Mr Asaad hopes the first monks will arrive later in the summer or in the autumn and that the church’s pope Shenouda, based mainly in Alexandria, Egypt, will come to consecrate the monestary.

He could not say what nationality the monks would be but traditionally they do spend their religious lives in one monastery.

The Coptic Orthodox Church is an ancient organisation tracing its influences back to St Mark and St Anthony, the first Christian monk.

Its members are mainly in Egypt, North Africa and the Middle East but there are churches all over the world and in this country the nearest Coptic churches are in York, Leeds and Doncaster.

The Manor House was built by the Rowntree family of York, the well known Quaker family, who bought the land in 1924/25.

For the past 16 years Allen and Rozel Harford have owned the property, living in the impressive house and renting out the two holiday flats and three holiday cottages in the grounds.

They are moving to York to be near family.

Mr Harford said: “We are sad to leave, the people here have been wonderful. Members of the Coptic Church we have met seem lovely people who smile a lot.”