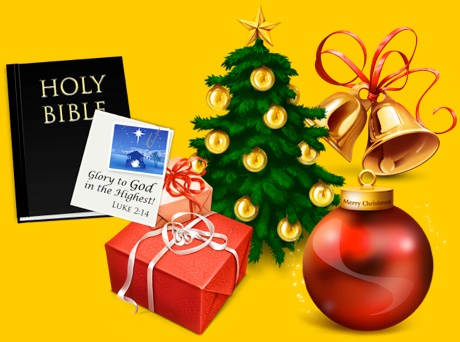 Three Reactions to Christ and Christmas

We are all a product of our experiences and seldom have I ever heard or read a sermon that part of it did not effect me in some way. So, credit goes to all I have encountered, especially the Lord.

1) Herod Responded with ANGER and ANIMOSITY

– Most people don’t mind the proclaimation that Jesus has come as Savior. Everybody wants a Savior.

– But here the proclaimation was that Jesus was come as KING.

– So angry in fact, that he had every child 2 years and under slain, according to the time when the wise men saw the star.

– Many people become angry when they realize that Christ has come not only as Savior but as the King of our lives. They don’t want to give up the throne.

2)The Chief Priest and Scribes Responded with APATHY

– Herod called for them and demanded to know where the Christ should be born. AND they knew the answer.

– They didn’t say, “we don’t know”. They KNEW the answer. But knowing the answer became an end in itself. As the word says “Professing to be wise, they became fools.”

– They knew the answer but didn’t care enough to go see the Christ for themselves.

– It seems that everyone can tell you the story of Jesus but how many really know Him personally.

3) The Wise Men Reacted with ANTICIPATION

– They were searching diligently. When the star appeared they packed up and left to see the Christ.

– Not much is known about these men but they evidentally held on to some of the teachings of Daniel. To know that there shall come a STAR out of Jacob (Numbers 24:17).

– Now we a make assumptions based on evidence in the Word

a) They must have traveled a long way and taken a long time. (Matt 2:16) Herod had all the males 2 years and under killed, according to the time they spotted the star (Matt. 2:7). Proof is, they were late for the birth, (Matt. 2:11) when they were come into the HOUSE where the young CHILD was, not the stable and a baby.

b) The star somewhere along the way disappeared.
They followed it,
then it disappeared,
they asked Herod,
the priests answered,
they left Herod headed for Bethlehem,
the star reappeared and in v9
“and stood over where the YOUNG CHILD WAS”, and in verse 10, they rejoiced when they saw the star, AFTER the Herod encounter.

When confronted with Christ we can react with:
ANGER as Herod
APATHY as the chief priest and scribes
Or ANTICIPATION and willingness to go the extra mileas the Wise Men

WHICH ONE ARE YOU??